Please use the following as guiding steps for inner healing and work and as the inner body heals so does the outer world.

“Master Lu Tzu said: Since when has the expression "circulation of the Light" been revealed? It was revealed by the "true men of the beginning of form". When the Light is allowed to move in a circle, all the powers of Heaven and earth, of the light and the dark, are crystallized. That is what is described as seed-like, or purification of the power, or purification of the concept. When one begins to apply this magic, it is as if, in the middle of one's being, there was a non-being. When in the course of time the work is finished, and beyond the body is another body, it is as if, in the middle of the non-being, there were a being. Only after a completed work of a hundred days will the Light be real, then only will it become spirit-fire. After a hundred days, there develops by itself in the middle of the Light, a point of the true Light-pole. Suddenly there develops a seed pearl. It is as if man and woman embraced and a conception took place. Then one must be quite still in order to await it. The circulation of the Light is the epoch of fire.”

“So, what is a meridian anyway? This is one of the first questions students of Chinese medicine want to understand. Simply put, a meridian is an ‘energy highway’ in the human body. Qi (chee) energy flows through this meridian or energy highway, accessing all party of the body. Meridians can be mapped throughout the body; they flow within the body and not on the surface, meridians exist in corresponding pairs and each meridian has many acupuncture points along its path.

The term ‘meridian’ describes the overall energy distribution system of Chinese Medicine and helps us to understand how basic substances of the body (Qi, blood and body fluids) permeate the whole body. The individual meridians themselves are often described as ‘channels’ or even ‘vessels’ which reflects the notion of carrying, holding, or transporting qi, blood and body fluids around the body.

It is tempting to think of the meridians of the human body the same way as we think of the circulatory system, as the meridians are responsible for the distribution of the basic substances throughout the body just like the circulatory system, but here is where the similarities end. Conventional anatomy and physiology would not be able to identify these pathways in a physical sense in the way that blood vessels can be identified.

It is more useful to consider the meridian system as an energetic distribution network that in itself tends towards energetic manifestation. Meridians can be best understood as a process rather than a structure.

Practitioners of Chinese Medicine must be as knowledgeable about these meridian channels as the Western Doctor is about anatomy and physiology of the physical body. Without this thorough understanding, successful acupuncture treatments would be difficult. A practitioner of Chinese Medicine must know how and where to access the qi energy of the body to facilitate the healing process. 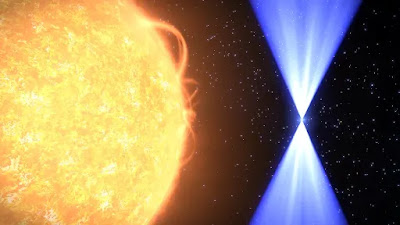 There are twelve main meridians, or invisible channels, throughout the body with Qi or energy flows. Each limb is traversed by six channels, three Yin channels on the inside, and three Yang channels on the outside. Each of the twelve regular channels corresponds to the five Yin organs, the six Yang organs as well as the Pericardium and San Jiao. These are organs that have no anatomical counterpart in Western medicine but also relate to processes in the body. It is also important to remember that organs should not be thought of as being identical with the physical, anatomical organs of the body.

Each meridian is a Yin Yang pair, meaning each Yin organ is paired with its corresponding Yang Organ: the Yin Lung organ, for example, corresponds with the Yang large intestine.

The arm and leg channels of the same name are considered to ‘communicate’ with each other in Chinese medicine. Thus, problems in a given channel or organ can be treated by using various points on the communication ‘partner’. As an example: a problem with the lungs can be treated by using points on the Spleen channel as they are both Tai Yin channels.

In addition to the twelve regular meridians there are ‘Extraordinary Meridians’ that are not directly linked to the major organ system but have various specific functions:

1) they act as reservoirs of Qi and blood for the twelve regular channels, filling and emptying as required

3) they help circulate the defensive Wei Qi over the trunk of the body and, as such, play an important role in maintaining of good health

4) they provide further connections between the twelve regular channels

The meridian system of the human body is a delicate, yet intricate web of interconnecting energy lines. If a person masters an understanding of this meridian system they will know the secrets of the flow of Qi energy in the body.”

Use the following guide to navigate the different body areas and specific meridian/acupressure points:

You may do this simple exercise daily:

In healing joy and love, 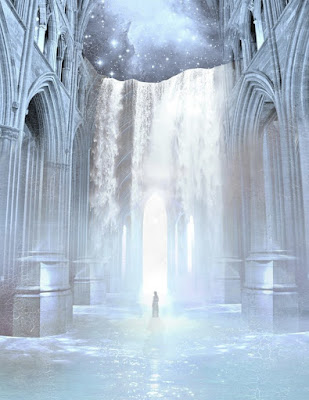